← more from
New Amsterdam Records
Get fresh music recommendations delivered to your inbox every Friday.
We've updated our Terms of Use. You can review the changes here.

OK It's Not OK 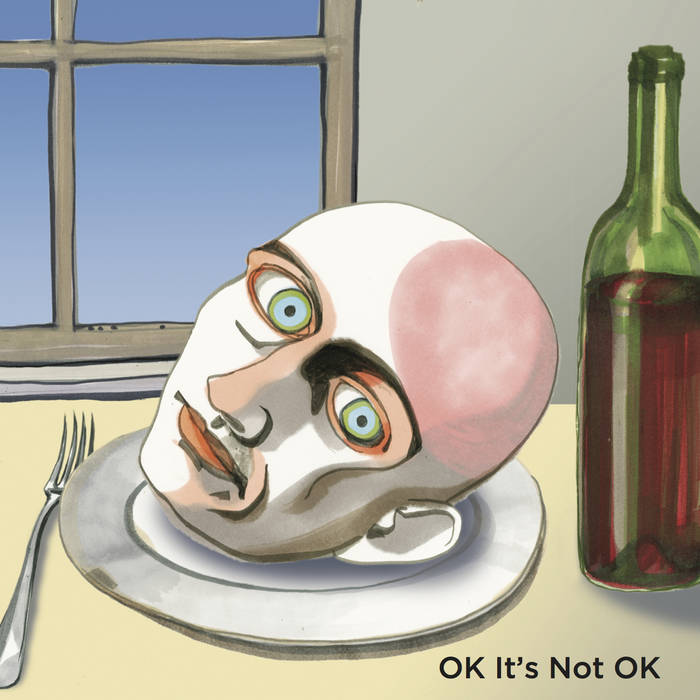 OK It's Not OK is the follow-up to 2010's lauded double album of chamber pop songs Someone Will Take Care of Me and finds Dargel returning to the world of skittering and buoyant electronics that colored his 2008 release, Other People's Love Songs. On OK It's Not OK, Dargel plays the roles of producer, songwriter, singer and composer, demonstrating his mastery of all aspects of the creative process and injecting his songs with a diverse spectrum of sounds. The instrumentation on OK It's Not OK embraces classical, rock, and pop idioms equally – with violin, piano, and pure-tone vocals appearing alongside electric guitar, drum machines, and synthesizers.

Fans of Dargel will immediately recognize his idiosyncratic style – a combination of Steve Reich's devious grooves, Morrissey's literary wit, and Xiu Xiu's emotional directness – and newcomers will be drawn in by Dargel's indelible and contagious melodies.
Dargel’s lyrics are as carefully crafted as his music. Multiple layers of word games, unexpected rhymes, and double entendres merge with quirky rhythms and complex grooves that mimic natural speech patterns. Thematically, the album is primarily concerned with the intertwining subjects of depression and composure, yet Dargel's winking delivery and clever arrangements bring a sense of levity to these heavier topics. Unpredictable melodic twists and turns seamlessly blend with Dargel’s earnest, conversational disposition, belying the sometimes-dark lyrical content which, in less careful hands, could take a turn for the morose but, in Dargel's hands, feels light and even playful.

Throughout the album, the distinction between depression and composure is evasive. Beginning with the first song — “It’s not a disguise / My vacant stare / Look into my eyes / There’s nothing there” — a gentle suspicion of composure carries the album to its penultimate song, in which a grief-stricken singer protests that “My smile shall remain / Upside down.” The final song, inspired by one of Lydia Davis’s short stories, is an untempered elegy: “If I gathered everything you created / Every little gift that survives you / Put them all in the same place and waited / Wouldn’t that be enough to revive you / Whatever it was that killed you / Surely I can rebuild you.”

Bandcamp Daily  your guide to the world of Bandcamp

Semiratruth joins the show to discuss their latest release, "loading..".